The vita of Oksana Chusovitina (37) is known to most of those interested in gymnastics. Oksana has been working for Germany since 2006*. How was she accepted here?

Oksana is highly accepted worldwide due to her successes. In Germany we also admire her, but it was a long process until we integrated her as a personality and as a German gymnast …

Some trainers wondered why the DTB supports such an old athlete. But the only thing that matters is performance. And many young athletes could not understand why Oksana has to train much less. For example, while the team spent three hours in the hall, Oksana did her program in 1.5 or 2 hours and then went to the sauna.

That sounds like an independent, self-willed athlete. How did the team manage to accept her ?

Oksana can be very reserved, has relatively few close contacts and is absolutely focused on her tasks. The breakthrough in terms of our team came last year before the World Championships in Japan*, when the coaches and gymnasts realized how valuable she would be for the whole team. Oksana gives security and strengthens the team, although she does not play a leading role. 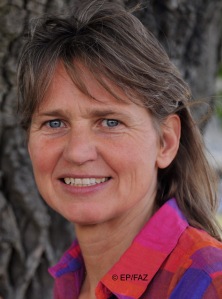